Trees are watching us. They’d like us to realize how unnatural the world we’ve created around them is. They look at us hoping we will improve it. They resist and suffer. Increasingly sparse survivors, too unimportant in our days to be worthy of attention. 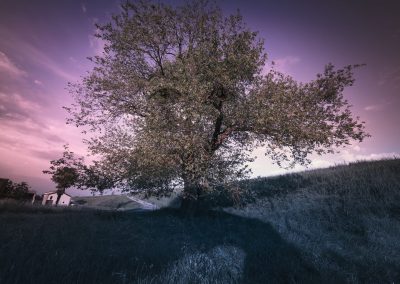 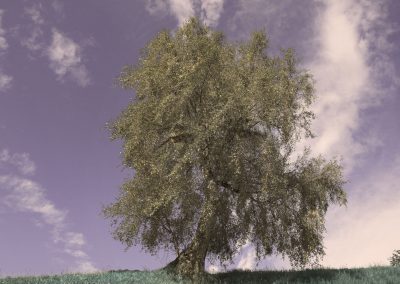 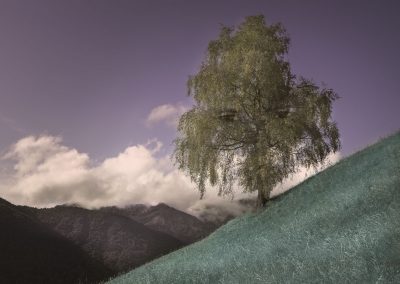 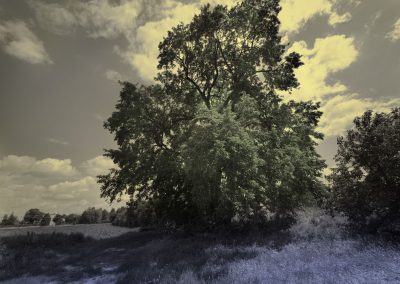 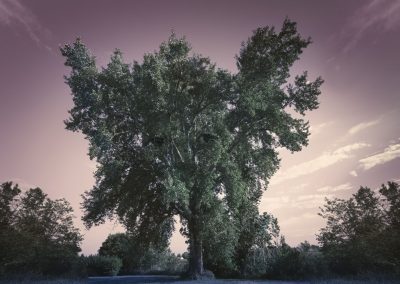 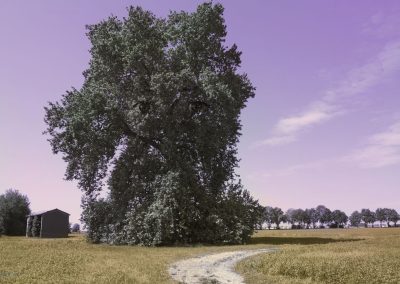 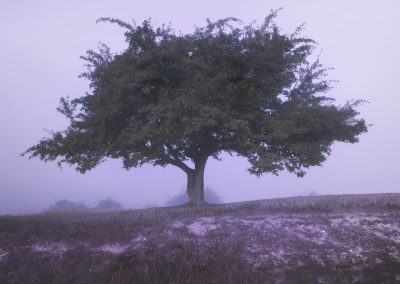 The basic idea of this project was to have a gloomy photo with a humanized tree looking at the observer in front of him. The feeling that inspired me is the idea of communicating with suffering and desolation, with the desire to send a warning to those who can do something within the scope of their possibilities. The trees are in their natural color while everything around them is patently distorted, with an abundance of violet and yellow colors in the sky and the earth, to signify an unhealthy and unnatural environment. I included, sometimes actively sought, visually disturbing elements such as crooked horizons /lines given by the wide-angle pushed with consequent deformations or trees not centered with elements solids and voids unbalanced at their sides. I reduced the visibility of the eyes to be noticed only after a while, so that the observer instinctively searching for other eyes in the nearby panels and finding them, feel a certain sense of discomfort. And the eyes are sad or serious. The trees are there, stationary; they cannot fly away, just look at those who caused this and hope they will remedy it.
The violent colors I used do not belong to me: I prefer softer and more delicate shades, so I was disturbed by what it turned out to be, but I wanted to keep the idea I wanted to convey!
Good vision, even if you are the object of the observation…